Want Clean Air Inside Your Home or Business? 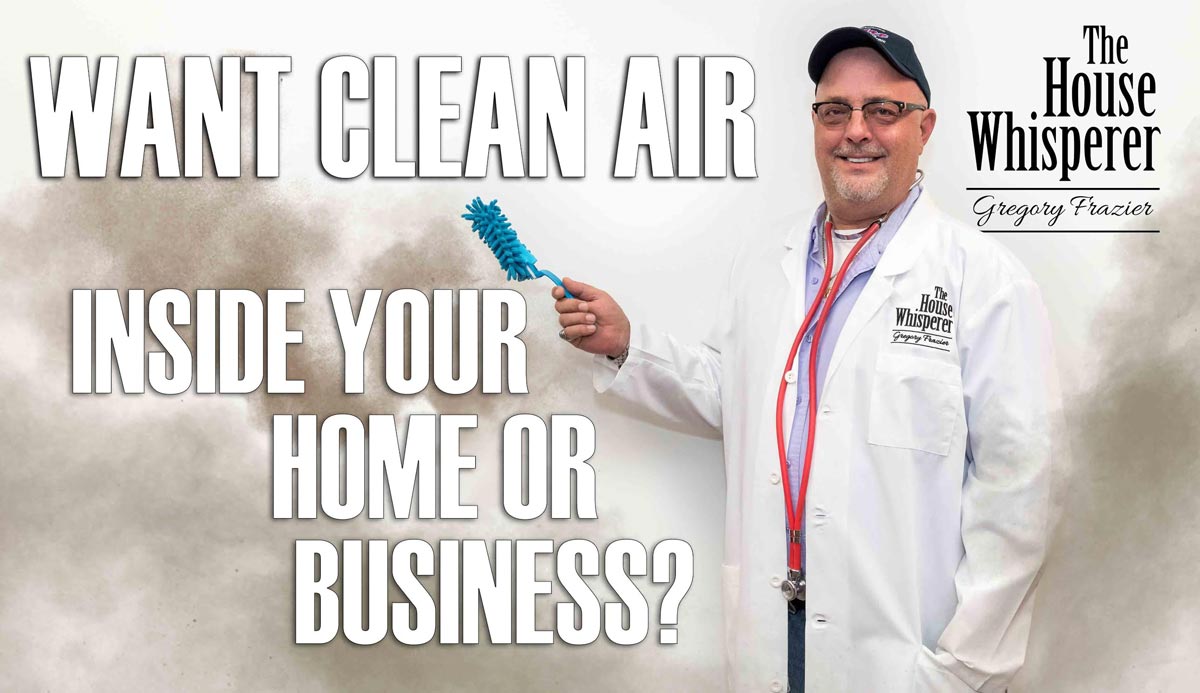 Greetings from space!! No, I’m not in outer space (I’m sure some people wish I was) however the technology I am going to talk about today is used in space by the astronauts and is Certified Space Technology. What does that mean you ask? Very simple, any product that has the CST logo is certified to have been derived from something that had its origins in the space program, pretty cool right?

Ladies and gentlemen… introducing the Air Scrubber by Aerus. This technology is the latest and greatest we have to offer people suffering from allergies, respiratory issues or those who just want cleaner air in their homes or business. I’m not going to go all techno-geek on you here, however here’s how the unit works. It takes the natural occurring oxygen and humidity in the air and converts it to powerful scrubbing ions that then travel in the air stream through your duct system and into every corner of the space. This process occurs as the air passes through a honeycomb cell with an ultra violet light in the center. This combination of honeycomb and UV light create a process very similar to natural sunlight. The ions created are powerful oxidizers that then attack pathogens on contact. I must say when first shown this I was quite impressed. So now you know how it works the next obvious question is what does it do?

The primary function of the unit is to destroy all surface and airborne contaminants with 99% effectiveness. It removes VOC’s, reduces dust particles, and helps control odors. The unit has been proven effective against Staph, MRSA, E. coli, Strep, Influenza and many other harmful pathogens. The University of Cincinnati did a study which showed a 90% plus reduction of the all the nasty stuff in the air and on surfaces in just thirty minutes. Kansas State University did a similar study with the same results.

So, to the skeptics out there this not only comes from NASA it has been proven by independent studies that it really works. What really impressed me was the units were installed in schools in Indiana and Pennsylvania and over a two year period the rate of dismissal due to the flu was reduced by 80% from one year to the next.

The units themselves are compact and can be installed in most air conditioning systems easily. The unit has a 10 year warranty and the bulb in the unit is good for 2 year before it will need to be replaced. What happens with the bulb after two years is the UV it is producing has created thousands of microscopic pits on the interior of the glass and the UV light can no longer escape the bulb.

Alright my friends, I am off to what should be a very interesting call. The house is from the early 1900’s, is considered historical, and it has never had air conditioning. The hard part is we need to figure out a way to do it that doesn’t change the appearance of the outside of the home… should be fun.

Until next time, in the immortal words of G.U.N.T.E.R, when it comes to the quality of the air in your home Warning, warning Will Robinson, danger!!

Our dispatch center will contact you during regular business hour to confirm your appointment.
Please note, the date and time you select is subject to availability and confirmation.

Our dispatch center will contact you during regular business hour to confirm your appointment.
Please note, the date and time you select is subject to availability and confirmation.

Get Pre-Approved Financing From GreenSky
For Any Of Art Plumbing, AC & Electric's Services!

Please provide the following information and one of our Commercial Services Representatives will contact you shortly.