Seal Those Old Ducts and Save! 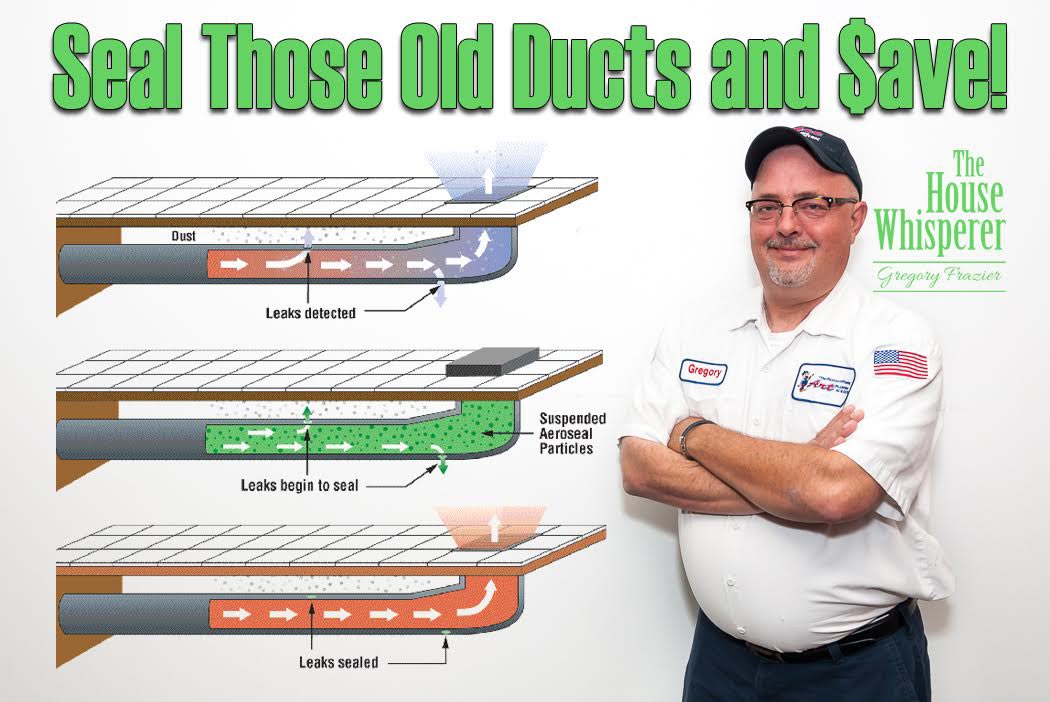 When was the last time you gave any thought to the duct system in your home? Wait, my what? Exactly my point!

Other than the occasional call I get for a duct cleaning quote most people give no thought to the duct system that distributes all that wonderful cool air throughout your domicile. Let’s back up for a second and consider the costs associated with cooling your home. The typical air conditioning system makes up approximately sixty-five percent of your monthly Florida Power & Light bill, so at $150 per month your air conditioning cost is around $98 per month. Remember that number as we will come back to it in a moment.

Today’s example home is a typical 2,432 sq. ft. with four bedrooms and three baths. The duct system in this twenty-two-year old home is original and has had nothing done to it in terms of maintenance since the home was built. When the home was built, the builder sub contracted the duct work out to the cheapest company he could find to try and save some money so the ducts were not that well sealed to begin with. After that length of time in a sweltering attic, the tape that held the connections together has started to fail and our duct system is losing a lot of air. In the example, our home has fifteen supply vents which means we have somewhere between thirty and forty-five connection points in the attic. If I go as far right conservative as I can and say that each connection point is leaking one percent that means our example house is losing between thirty and forty-five percent of the air to our attic space!

Let’s wrap back around to our costs to cool the home, $98 per month. If we are again going conservative and saying it’s only thirty-percent loss to the attic that means our example home-owner is wasting around thirty bucks a month or $360 per year. Now, if you have an extra almost $400 a year to throw away, shoot me an email and I’ll send you a link to my Paypal account, otherwise let’s talk about how we can save you that money annually.

There are multiple ways we can tackle our leaking ducts depending on the overall condition of the system. If the ducts are more than thirty or so years old, you are probably looking at a duct system replacement, under 30 and we can usually save the system. We can reseal the duct connection points in the attic using fibrous mastic with new tape after we kill the biological growth on the connection points. That method of sealing does a pretty good job in reducing our air loss to the attic, however for the best possible fix we are going to turn to Aeroseal®, or as we have named it, Artie-seal.

Aeroseal is a process in which we remove all the supply grilles in the home and then block those openings with a two-inch thick plug. The machine is then hooked up to the plenum or the air conditioner. The plenum is the duct coming off the top of a typical air handler. Once Aeroseal is hooked up the sealing material is sent thru a series of heaters and wands that atomize the sealant. Once the sealant is in an atomized state, it is injected out and into the duct system. The sealant only becomes active when it finds an opening in the duct connection points. The first molecule of sealant goes across the opening and becomes sticky, and then another and another until the hole is sealed. With enough time Aeroseal can take care of holes in duct connection points up to the size of a quarter. As with everything, we pre- and post- test the duct system we are sealing so we can show you measurable results when it comes to how well your duct system sealed.

That wraps up today’s thoughts on duct sealing and why it is important, so until I see you again friends just remember you matter, unless you multiply yourself by the speed of light, then you energy! 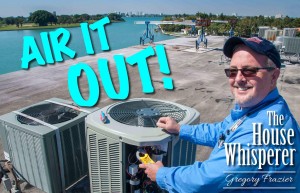 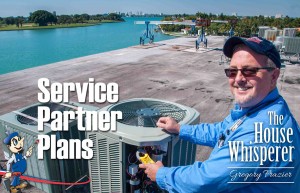 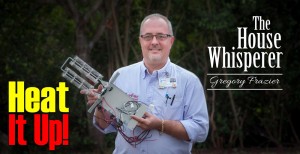 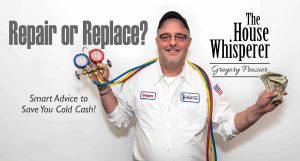 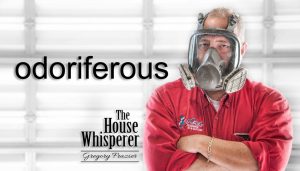 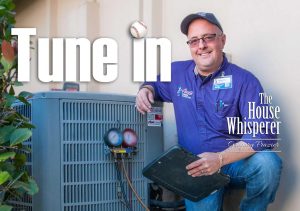