The History Of Indoor Plumbing In America 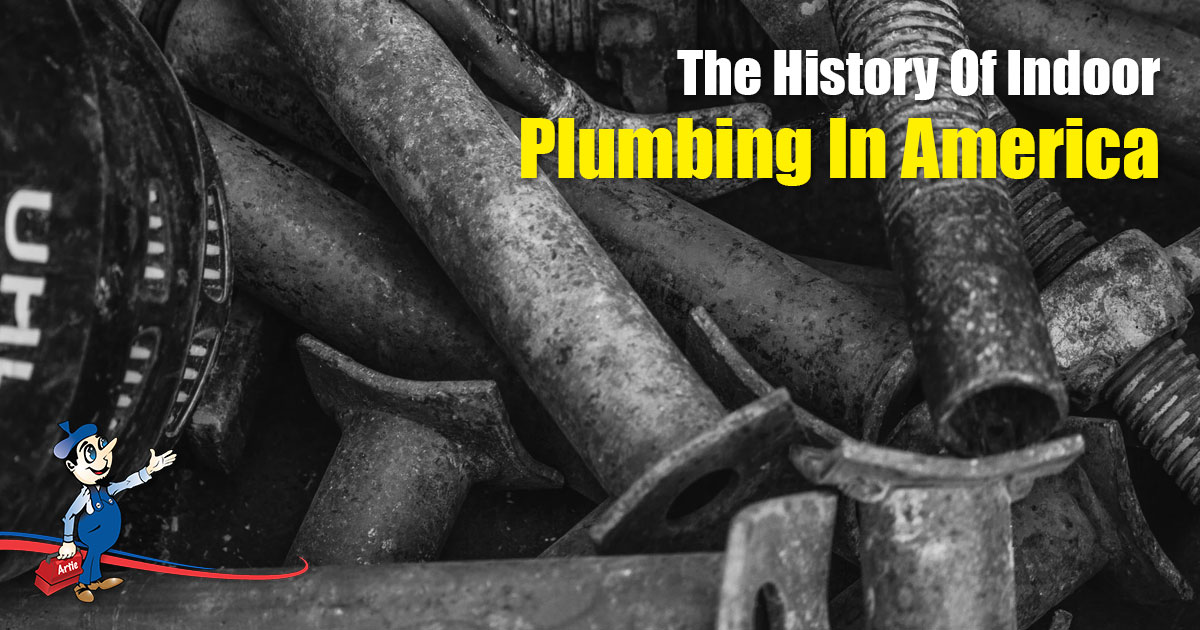 We have many amenities in America that other countries are not privy to, but one we often overlook is indoor plumbing. While most of us have never had to go without access to a bathroom, the concept of indoor plumbing as we know it is relatively recent! Here the experts at Art Plumbing, Air Conditioning & Electric walk you through the history of indoor plumbing and how it reached America.

Before we appreciate the world of indoor plumbing, it is critical to understand how it has changed and advanced throughout the years. Some of the very first canal systems can be traced back to ancient Mesopotamia, over 7,000 years ago. It wasn’t until Roman times that plumbing began to resemble what we know today.

Historians expect that Romans built their first rudimentary plumbing system sometime between 800 B.C. and 735 B.C. The main reason for its creation was to increase the city’s overall cleanliness, as it was a common practice to dump their waste in the street or public bathrooms. These bathrooms were hardly more than a row of stone or wood boxes with a hole in them that would get flushed out with water by hand. By 100 A.D., wealthy Romans would put indoor plumbing in their homes that were served by aqueducts to flush the system.

During this time, still, indoor plumbing was very simple. For the most part, people would throw their waste out of the windows without much regard to sanitation. The first semi-flushing toilet is a product of this era, which was developed for Queen Elizabeth in 1596. Though sanitation was part of the concern, the actual installation was most likely to protect the privacy and modesty of the people of the court.

Though reasonably modern for the time, the failing sewer tunnel system built in New York during the 1740s was failing. By the 1850s, new construction began for the sewers. Wealthy homes would then dump their waste into underground sewage, which was their version of indoor plumbing. Basing it on this system, cities, and towns worldwide began to adopt more modern plumbing. At this time, it was still mostly reserved for wealthy homes, as most people did not have running water.

By the turn of the century and into the early 1900s, running water became more accessible to the average home. Still, most could not afford indoor plumbing and relied on outhouses and well pumps. By the 1930s, both running water and indoor plumbing were widely available. This time also saw the expansion of these necessities to rural areas due to government programs laying more pipes. With the increase of availability, it also began the still expanding industry of plumbers.

During the 1960s, the use of outhouses steadily decreased due to indoor plumbing becoming more accessible and easier to install. As many people were building new houses during the 1970s and 1980s, nearly every home came with modern plumbing. During these times, plumbing also became more efficient and sanitary – a process that continues today.

Knowing the marvels of modern indoor plumbing, it’s fascinating to realize its rich history. Though we no longer have to chuck our waste onto the streets or even use an outhouse, plumbing problems can still occur. Whether you need emergency services like sewer repairs or are looking for expert installation, Art Plumbing, Air Conditioning & Electric can help! Our expert plumbers not only appreciate the history of indoor plumbing but also know the importance of attention to service. If you find yourself in a plumbing bind, call us today at 1-800-475-1504, today! 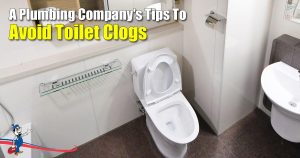 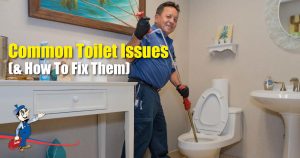 Common Toilet Issues (& How To Fix Them) 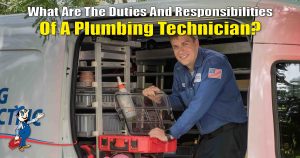 What Are The Duties And Responsibilities Of A Plumbing Technician? 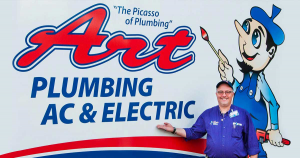 Find A Plumber In Coral Springs 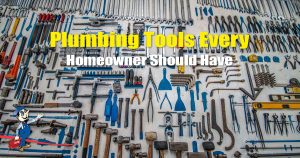 Plumbing Tools Every Homeowner Should Have 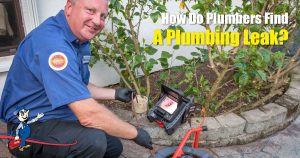 How Do Plumbers Find A Plumbing Leak?