Stories Of A Licensed Plumber: The Craziest Things We’ve Found In Pipes

The simple fact is: when your plumbing system demands attention, you can’t ignore it. We often take for granted that by simply turning a faucet or flushing the toilet, nasty gunk moves out of sight and out of mind. Until, of course, it stops doing that. Then plumbers are called in frenzy, and we vow to never take plumbing for granted ever, ever again.

Licensed plumbers have seen their fair share of chaos enclosed in pipes – and they’ve lived to tell some interesting tales! Here are our favorite stories about the strangest things plumbers have pulled out of their customers’ pipes:

A very common plumbing-pipe-treasure is precious jewelry that was accidentally knocked into the toilet or down the sink. It would seem to happen too often to be an accident every time, but we’ve found at least one of everything – including mismatched earrings, engagement rings, class rings, and more! Jewelry is less likely to cause a serious clog since it’s so small, and is usually found during routine inspections.

If it’s tiny, expensive, or of sentimental value, you can bet a plumber has had to fish it out of a pipe at some point.

Perhaps of different sentimental value; small fish or hamsters that have passed away are tossed into the toilet and flushed without a second thought. Although they are tiny, they do not dissolve as quickly as toilet paper or human waste and can obstruct the pipes further down your home’s plumbing system.

Not many licensed plumbers start their days thinking they will uncover the oldest secrets of the earth, but sometimes life surprises you! While clearing out a clog in the pipes of a home with three kids, it was discovered that a missing pack of dinosaur toys had actually been flushed a few days ago. Needless to say, these poor dinos might face extinction after their crazy adventure…

Even the tooth-fairy will want to join our team after hearing about this one! The customer had too much to drink the night before, got sick, and headed to bed–without realizing his teeth were missing. The next day he called about a blockage and was surprised to later have his upper and lower dentures pulled out from his toilet.

We know that noisy toys can be a pain – but if you’re trying to get rid of them, the toilet is not the place!

One call complained of a clog in the main sewer line. These can result in multiple pipes backing up at once, so it’s a good thing that our licensed plumbers are trained to handle any and every plumbing disaster. After some sawing, digging, and spraying with high-pressure water, four pieces of a toy train set were found. It was, quite literally, a train wreck.

Thanksgiving is a time of family, festivities, and food. While some enjoy and celebrate the holiday wholeheartedly, others find the stress of hosting to be too much to handle. One such customer panicked because she wasn’t sure where to throw out the turkey carcass before her family arrived – so she attempted to flush it down the toilet. The toilet clogged immediately, and one of our licensed plumbers was called!

Nothing Is Too Strange For Art Plumbing, Air Conditioning & Electric

Indoor plumbing is nothing short of a modern miracle – and yet it’s usually a bad thing if it needs our attention. If your pipes have stopped being ignorable, call Art Plumbing, Air Conditioning & Electric today at 1-800-475-1504 and let us fix it for you!

The Good, The Bad And The Ugly Of Plumbing Companies 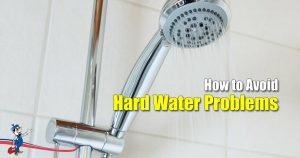 How to Avoid Hard Water Problems 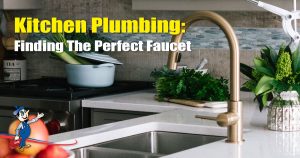 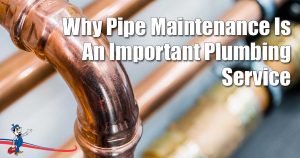 Why Pipe Maintenance Is An Important Plumbing Service

Your Number One Choice In On-Call Plumbing 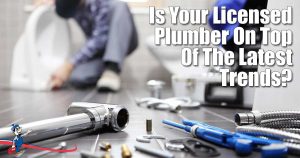 Is Your Licensed Plumber On Top Of The Latest Trends?