Smoke testing refers to physical tests made to closed systems of pipes to detect cracks, breaks and sewer odors. It’s done by forcing non-toxic, artificially created smoke through waste and drain pipes, and spotting where plumes of smoke form above ground just over where defects are located.

The area around the section being tested is searched for smoke plumes. Plumes are marked, usually with flags, and defects are noted using measurements from stationary landmarks like the corners of houses. Smoke tests are also used to find places where pipes will spill fluid, and to check sanitary sewer systems for places where ground water and storm runoff can enter.

This test can be performed when the plumbing is brand new, but more often it is used to find sewer gas leaks that may plague a building or an area. Any sign of smoke escaping can be considered a possible site for sewer gas to escape. Sewer gas typically has a rotten egg smell and can contain methane gas, which is explosive, or hydrogen sulfide gas, which is deadly.

Smoke testing is particularly useful in places such as ventilated sanitary sewer systems, where completely sealing the system is not practical.

Is your home plagued with some horrific odors that you just can’t seem to eliminate? There are many possibilities for what may be causing the odors, but with the help of our odor-locating specialists, you can easily find out what’s causing those terrible smells and get the situation resolved with the help of our professional indoor air quality experts!

Art Plumbing, AC & Electric also utilizes a smoke test to pinpoint sewer odor sources. Smoke testing is used when the source of the leak is concealed or cannot be located by any electronic means. There is no limit to the possibilities of smoke testing. If you can fill it with smoke, you can test it.

It can show you not only where water and gases exit a system, but also where unwanted inflow of rainwater enters a line, creating an extra burden on the system. Smoke testing shows you what a video inspection camera cannot see, can pinpoint what a locator cannot pinpoint and introduces your sense of smell into the testing process.

Another advantage is that smoke testing requires no plumbing work for set-up and allows you to test the total system under normal usage conditions. All traps are left in place so their water seal can be tested. Smoke testing can also be used to inspect HVAC systems, tanks and just about anyplace where water testing is not appropriate or a quick test is needed. 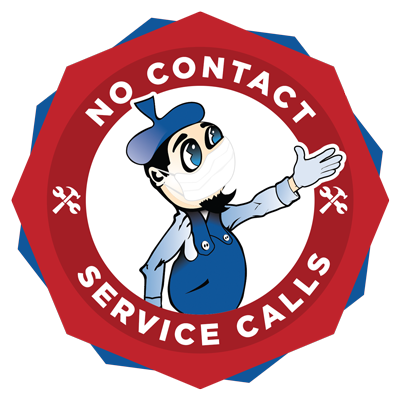 Our team is committed to helping stop the spread of Covid-19 throughout our South Florida communities. When you call us for service or an estimate, we promise to exercise a “No Contact Service Call” safety protocol, which includes using Personal Protective Equipment (PPE) such as masks, gloves and shoe covers as recommended by guidance from the Centers for Disease Control & Prevention (CDC). Our technicians will also maintain at least a 6 feet distance for the safety of all while in your home or business. We’ll save the hand-shakes, high-fives and dog petting for when we get back to normal operations. Let’s all keep each other safe!