One of the worst experiences you can face is entering a building and smelling a horrible odor. Even more frustrating is trying to locate the source of the smell. If you suspect it may be coming from your sewage line or piping, finding the source of the leak is almost impossible… unless you have the superpower of seeing smells. In commercial buildings, this job is made even more difficult by either having a lot of equipment with their own unique smells or having to share plumbing with neighboring occupants of the building you’re in. This is where commercial smoke testing services begin to shine – and, also where we have the closest thing possible to smell seeing superpowers!

A common fear people have with smoke testing is that smoke will fill their building and then require professional cleaning to get rid of the smoky smell. The truth is smoke testing is poorly named, as no smoke is actually used in the process. What we do use is more like fog than smoke – similar to a fog machine used in theatre or for parties. We use a specialized version of that machine, called a blower, which puts out a colored, odorless fog to make locating pipe leaks easier. In commercial settings, smoke tests are used to find leaks in sewerage mains.

How Does It Work?

The easiest and most common example to use when explaining how smoke testing works is with the presence of a rotten egg smell, which indicates a sewage leak. In these cases, a blower introduces smoke to the system via the nearest manhole. We add a special liquid to our blower, that once heated will create thick amounts of fog and blow it into the sewage system. Our specialist team then begins to survey the area, looking for any plumes of smoke rising. The sources of these plumes are marked by a flag, so that the areas can be diagnosed later. These plumes show the source of the escaping smell, which can be due to damaged sewage lines, broken manhole covers, illegal sump pump or drain connections, uncapped lines, and areas where storm water enters the system. All traps are left in place during this process so that they can be tested too.

Are Any Preparations Required?

While the actual process of smoke testing does not require any preparation, it is important to let neighboring businesses or homes know when and why smoke testing is going to occur. This is because multiple properties tend to share the same sewage line, and the issue causing the odor may be located on someone else’s property. Neighbors may also benefit from seeing smoke plumes in areas our specialist cannot access and could then help in diagnosing the entirety of the issue at hand. It is also important to repair the whole line. If the leak in your area is repaired, but the leak in a neighboring area or property is not, the odor could still affect you, and even compromise the repairs made on your section of the piping.

Residential smoke testing tends to be done on brand new plumbing and gas lines, to ensure there are no leaks before use, but it does not need to be limited to this. Any system that should be sealed can be tested with smoke testing. So, if you would like to test a septic tank, water tank, or even an HVAC system for leaks, smoke testing is an effective and economical way to ensure none of your systems are leaking without causing further damage. 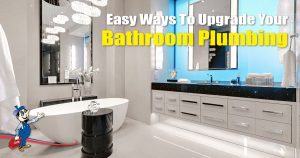 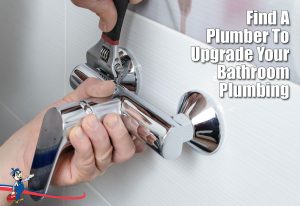 Find A Plumber To Upgrade Your Bathroom Plumbing 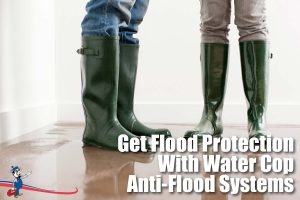 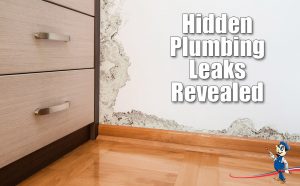 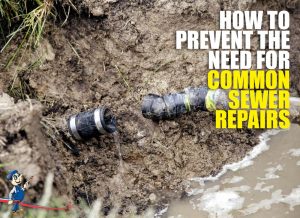 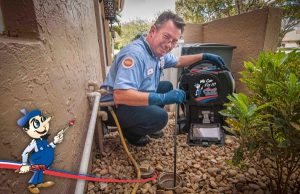 What is and Why Do I Need Rooter Service?