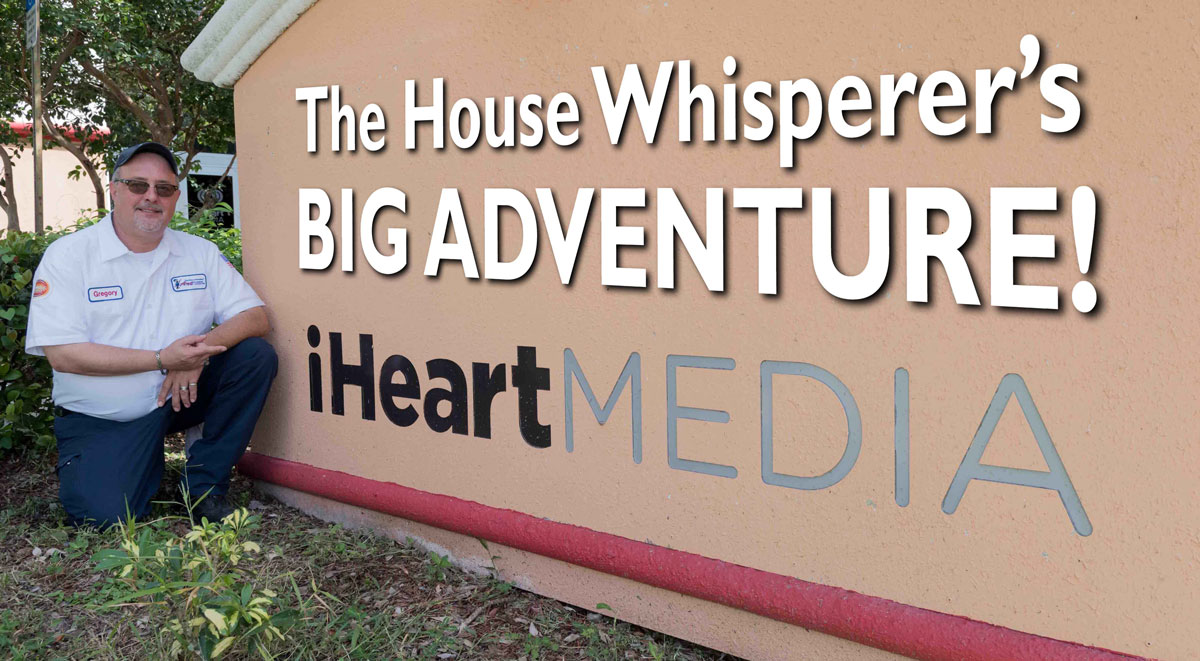 Dateline September 17th 11:00 am, it was a dark and stormy night… Wait — Wrong storyline!

Let me start over. It was a random Wednesday afternoon and as usual our marketing guy is bugging me about what the topic of the next blog post will be. I try to stay a couple of weeks ahead of the posts, however when summer rolls around and we are crazy busy, I sometimes find myself writing them a day or two before they are going to be published. This was the case when this idea for an adventure was born.

I was working on an article about air quality when Mr. Marketing comes bursting in my office with the following question: “Have you ever done any radio work?” Pausing for dramatic effect, I said I took a communication course years ago in college and spent a semester doing a morning radio show on campus, why? I want to cut some new radio spots with you being the voice talent was the response.

And the adventure began. The following day I received three scripts in my email. As I was reading through them I thought they needed to be a bit more in line with my personality. I thought that if we were going to do this I want to have fun with it and see if we can do something totally different. So, for about a week the scripts went back and forth between me and our marketing guru. Then just when we thought we had massaged them to the point where they should be; what I consider to be the hardest part of this journey to date began.

Mind you the last time I was on the radio was 30 plus years ago (Yes, I’m old!!!) and dusting off those skills took a lot of practice. I think I read each script 327 times out loud and in my head. The funniest thing was how the scripts kept evolving right up until the morning we were ready to head to the recording studio. Monday morning rolled around and we needed to be at the iHeart Media studios by 11:00.

Those of you that have had the pleasure (or displeasure – lol) of meeting me in person know that I am not typically shy or nervous, yet this morning I found myself being both. I found walking into the studios to be very intimidating. I had thought we would just walk in, go to the recording booth, knock the spots out and be done. I have never been so wrong in my life.

We get to the studio a few minutes early only to be greeted by three of iHeart Media’s big wigs, Jeff Hy, Susan Hotujec and Brandi Yurgelalitis, whom I would like to thank for their amazing hospitality. 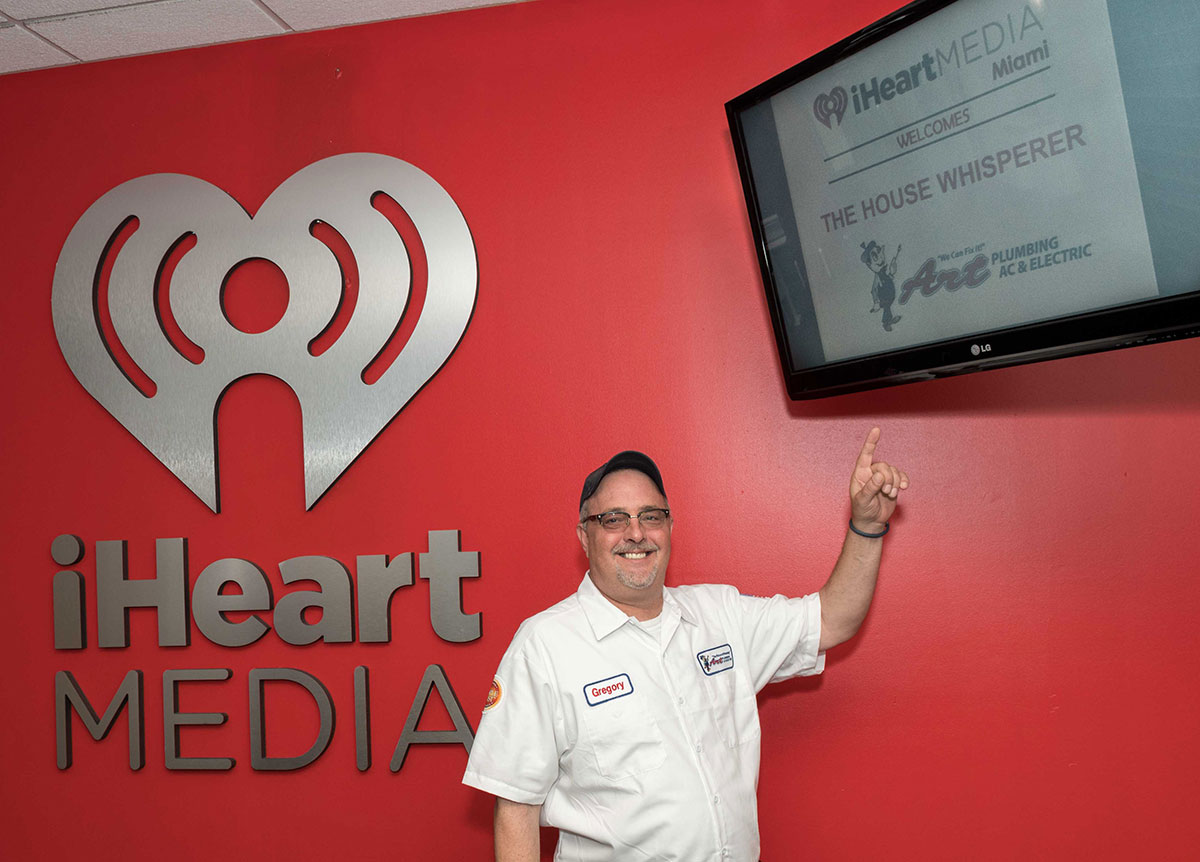 We walk through the doors of the lobby only to discover my name up on the TV monitor in the lobby. I thought, great… if I wasn’t nervous enough already. What I consider to be the best part of the adventure began at this point. I received the grand tour of the entire iHeart Media facility that hosts eight different radio stations along with a traffic center and several other broadcasting entities. 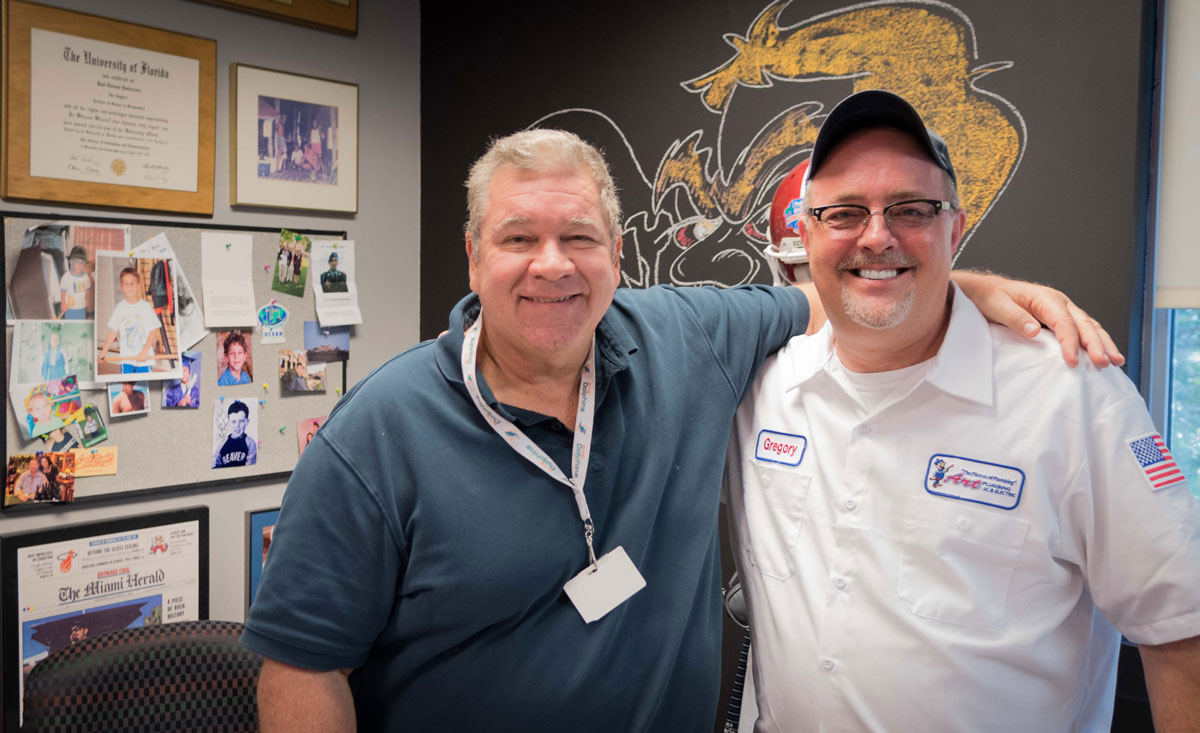 Half way through the tour I was able to stop by and meet the somewhat famous Paul Castronovo who was gracious enough to take time out of his busy day to spend a few minutes chatting – super guy! 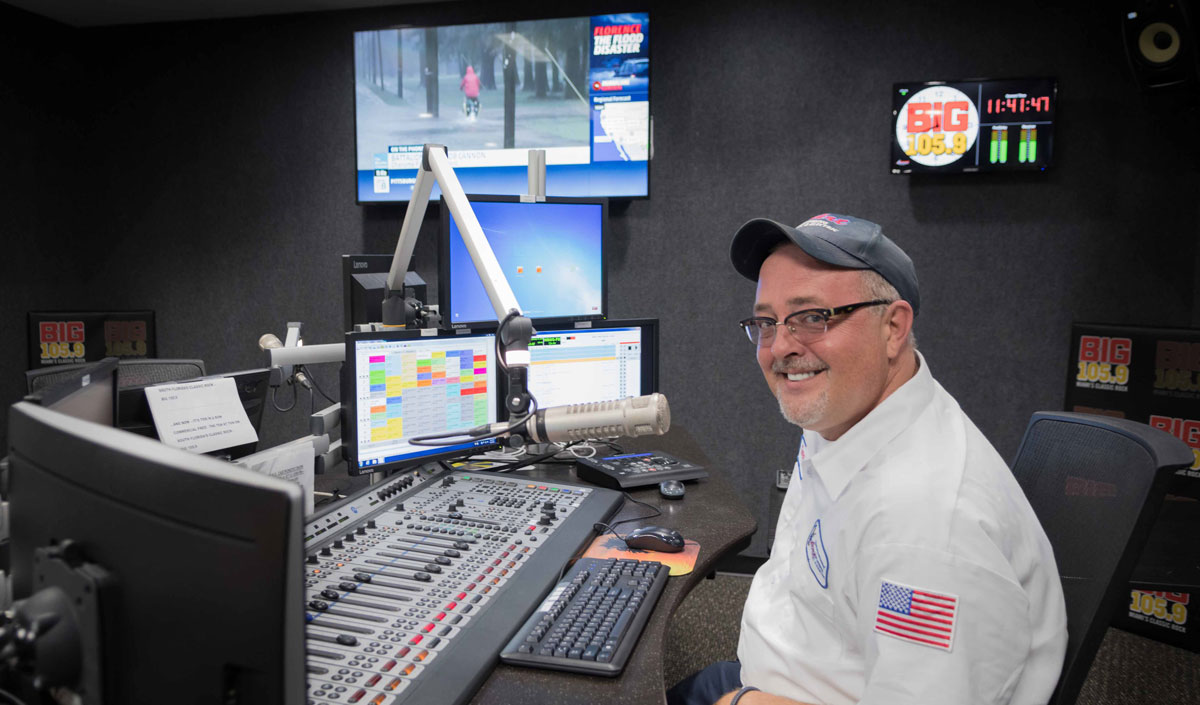 The folks at iHeart even let me sit in Paul’s broadcast studio where they produce and broadcast The Paul Castronovo Show on BIG 105.9! I am amazed that anyone can keep track of what all those buttons do. 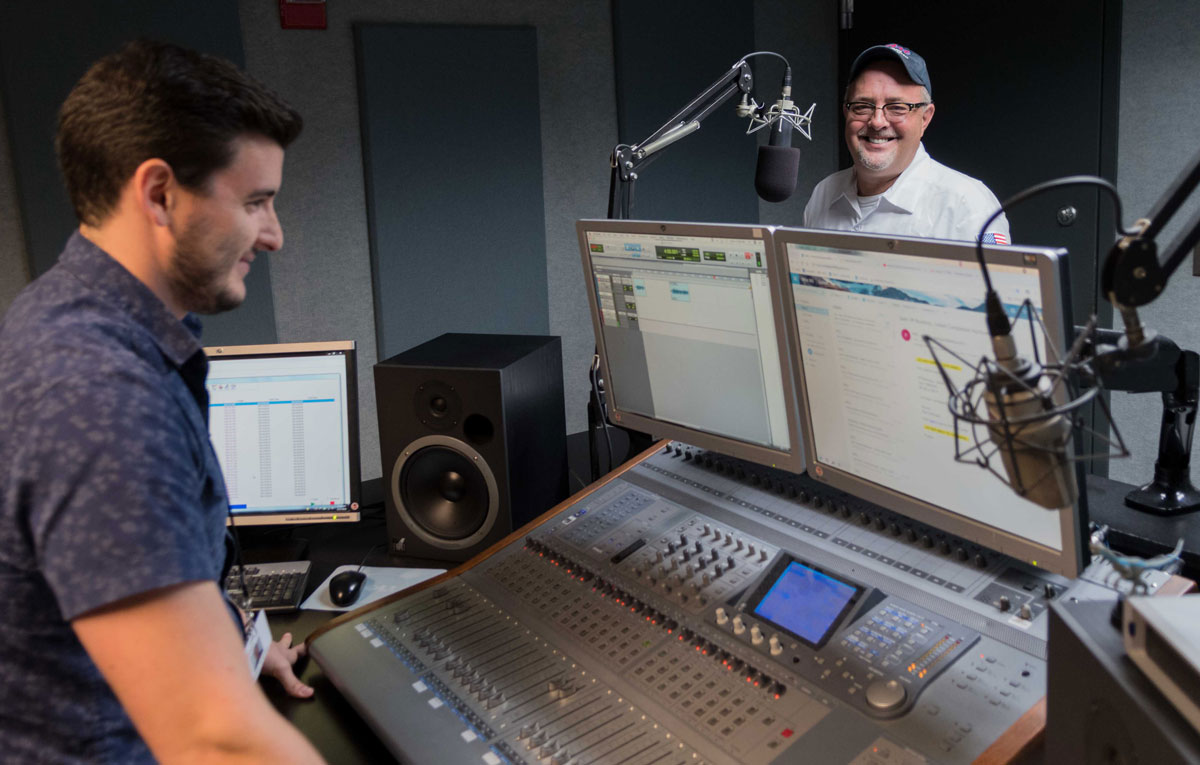 Okay, so now we are in the recording booth and my nerves have hit an all time high. A sound proof room, again a board that has 47 million buttons on it, a huge microphone and a producer telling me whenever you’re ready we can start. It took a couple of takes to get levels and get it right and for me to get the marbles out of my mouth, but about 15 minutes later we had cut three new radio spots that will be airing in the Miami, Broward and Palm Beach County market throughout the month of October. (Click on the audio files below to listen to the radio spots!)

To completely close out the adventure on a high note, our media guy took me and Mr. Marketing to a great BBQ joint where we all enjoyed some awesome baby back ribs. Well my friends, there is an air conditioner that has went to the great beyond calling my name in Coral Springs so I need to run. Until next week, I was taken slightly aback when a friend asked me if I had an AM radio. I said sure why? He said he wanted to listen to a morning show…….. 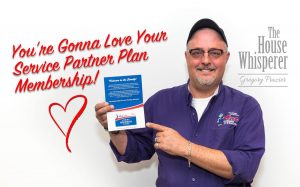 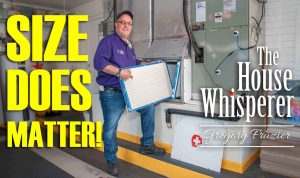 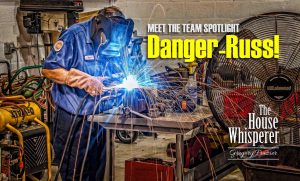 Is My House Making Me Sick? 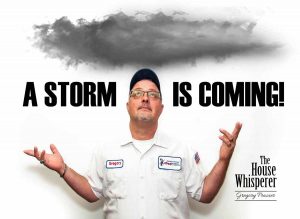 A Storm Is Coming! 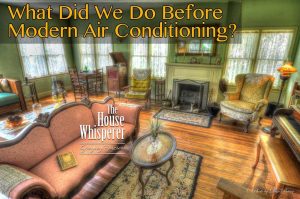 What Did We Do Before Modern Air Conditioning?