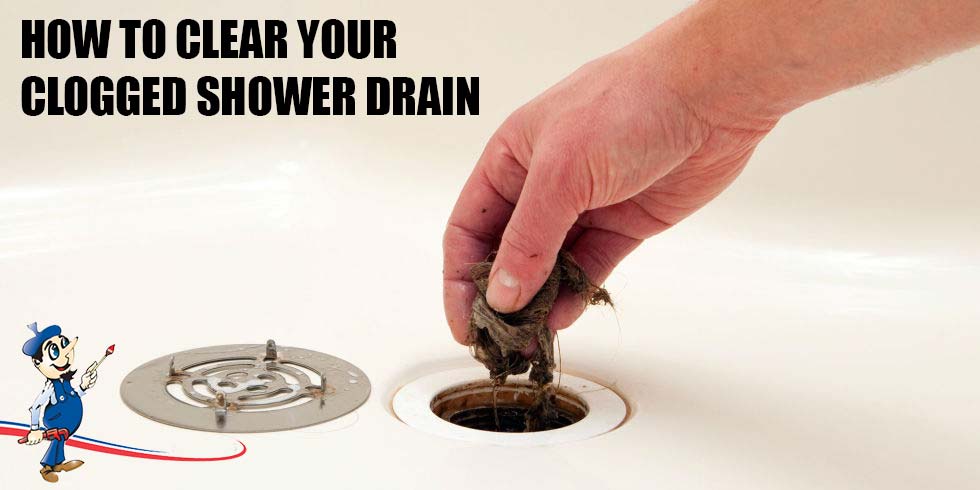 There’s nothing worse than finding yourself ankle-deep in a pool of murky, soapy, lukewarm water after taking your morning shower. Shower water which drains slowly – or doesn’t drain at all – is called ‘standing water’, and it’s a sure sign that your shower drain is clogged. A clogged shower drain could be caused by anything from a small blockage to a major obstruction in your main sewer line. It’s vital that you investigate the source of the blockage as soon as possible, so that you can determine whether it’s a repair you can carry out yourself, or a job best left to the professionals.

How Do I Know If My shower Drain Is Clogged?

If your shower drains slowly, and you often find that water stands in the shower for many minutes after you’ve turned off the faucet, this is usually a sign that your shower is clogged or that a clog is developing. An unpleasant odor emanating from your drain is a further sign of a blocked drain, and may be caused by the debris which is clogging the inner walls of the pipes. A serious drain blockage may even result in bathroom flooding, or leaks developing as standing water may seep through shower joints. Voids in the shower grout or caulking may also allow standing shower water to creep into the walls, causing serious damage.

Smaller shower drain blockages are usually caused by a build-up of soap scum, dirt, and hair. Long hair in particular can easily clog drains, and soap worsens the problem by causing hair to stick to the drain walls more easily than it otherwise would. Over time, the passage of water becomes increasingly obstructed by this build-up, until a blockage results. If your shower drain clogs repeatedly despite numerous repair jobs, or there are multiple clogs in your home, this may be a sign of a more serious blockage in your main sewer line.

What Steps Can I Take To Prevent My Shower Drain From Clogging?

There are a number of steps which you can take as a homeowner to keep your shower drain clear of hair and soap scum. While these solutions are great for regular maintenance, and can also be effective for clearing smaller, less serious blockages, they should not be used as fixes for a main sewer line blockage, as this could worsen damage in the long term.

While regular maintenance can help prevent blockages to an extent, sometimes a professional drain cleaning is the best way to keep your drains in tip-top shape. And, if your shower drain keeps clogging, it may be a sign of a blockage in your main sewer line, which if left unattended to can cause serious damage to your home and sewer system. Art Plumbing, Air Conditioning & Electric offers a range of drain clearing and cleaning solutions. We use hydro-jetting technology and rooters (drain ‘snakes’) to clear out blockages, depending on the severity of the blockage. We have years of experience in dealing with drain maintenance, drain cleaning, and main line sewer blockage repair. 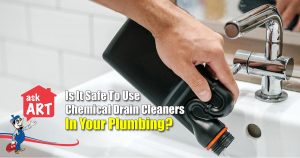 Ask Art: Is It Safe To Use Chemical Drain Cleaners In Your Plumbing? 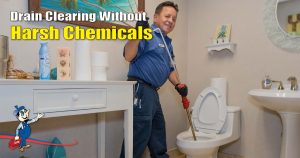 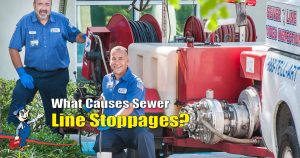 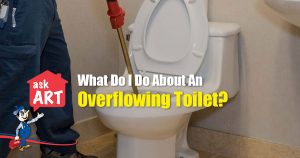 Ask Art: What Do I Do About An Overflowing Toilet? 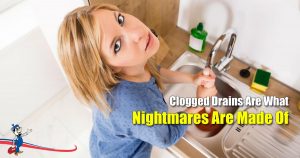 Clogged Drains Are What Nightmares Are Made Of 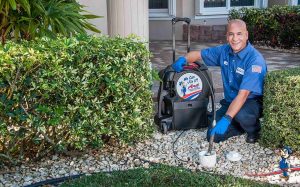